22 coding exercises for Fortran on Exercism. From Rna Transcription to Space age.

Given a DNA strand, return its RNA Complement Transcription.

Given a person's allergy score, determine whether or not they're allergic to a given item, and their full list of allergies.

Given an age in seconds, calculate how old someone is in terms of a given planet's solar years.

See all Fortran exercises on Exercism 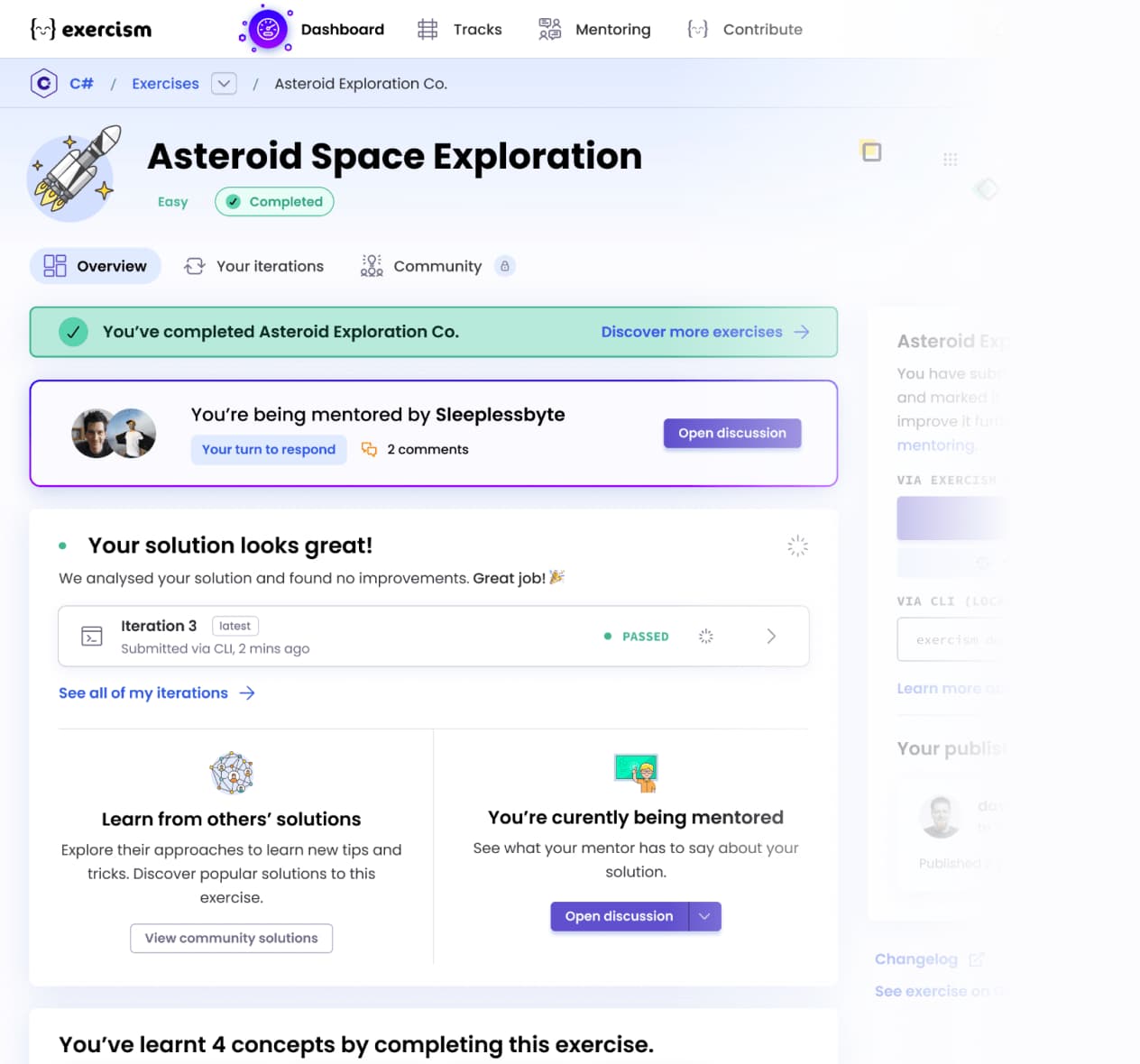 Fortran is used heavily in scientific computing and engineering.

Fortran is portable and can run on almost any platform.

Fortran has been consistently rated as one of the highest performing languages for energy and time.

The Fortran values stability and backwards compatibility, Fortran programs can run for decades.

Fortran has been optimized for decades to execute efficiently.

Get mentored the Fortran way

Every language has its own way of doing things. Fortran is no different. Our mentors will help you learn to think like a Fortran developer and how to write idiomatic code in Fortran. Once you've solved an exercise, submit it to our volunteer team, and they'll give you hints, ideas, and feedback on how to make it feel more like what you'd normally see in Fortran - they'll help you discover the things you don't know that you don't know.

The Fortran track on Exercism has 22 exercises to help you write better code. Discover new exercises as you progress and get engrossed in learning new concepts and improving the way you currently write.

Get started with the Fortran track